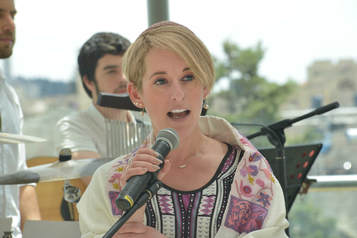 ​Rabbi Charley Baginsky joined us in May 2016 after ten years as the rabbi of Kingston Liberal Synagogue. She has been involved with the Liberal Jewish movement since childhood – as both a youth leader with LJY-Netzer and an educator.

As well as the rabbi for SBJC she is the Director for Strategy and Partnerships for Liberal Judaism. In this role she is responsible for setting the direction and priorities for the movement.

After studying Theology, first at Cambridge and then King’s College London, where she was awarded the Osterly Prize for Old Testament Studies. Her master’s and rabbinical ordination are from Leo Baeck College, where she also received the John Rayner Prize for Talmud.

​Charley spent several years working in Israel which included a period at Leo Baeck, Haifa, where she also studied at Haifa University. From 2013 to 2015, she was Chair of Rabbinic Conference for Liberal Judaism and, for the past five years, she’s been Chair of Biennial Conferences and Day of Celebrations.

Recently she has been published in 'Women Rabbis in the Pulpit - A Collection of Sermons' ( https://www.lulu.com/shop/ search.ep?keyWords=women% 20rabbis%20in%20the%20pulpit& type=) and 'The Fragile Dialogue, New Voices in Liberal Zionism' ( https://www.ccarpress.org/ shopping_product_detail.asp? pid=50392)

She is the mother of  Joshua, Eliana and Cassia.